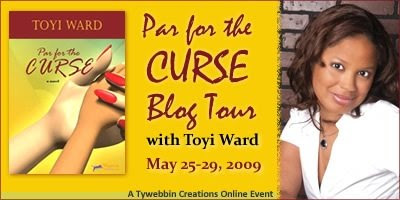 I remember distinctly as a child how my grandmother would always cite curses that my siblings and I were under. It wasn't until later that I came to realize and be cognizant of how the Bible mentions “generational curses” in several places (Exodus 20:5; 34:7; Numbers 14:18; Deuteronomy 5:9). Despite the fact that I understood the issue after much research, It still sounded unfair to me for God to punish children for the sins of their fathers. However, this is looking at it from a perspective that bears witness to all things Spiritual. God knew what he was doing when He included seed begging bread, passed down from one generation to the next maladies that effected all. When a father has a sinful lifestyle, his children are likely to have the same sinful lifestyle as well. Of course that's why it is not unjust for God to punish sin to the third or fourth generation – because they are committing the same sins their ancestors did. They are being punished for their own sins, not the sins of their ancestors. The Bible specifically tells us that God does not hold children accountable for the sins of their parents (Deuteronomy 24:16).

Now let's cut to the chase...now comes the eloquent Toyi Ward with her debut book about generational curses involving a family experiencing issues that to them, is nothing but curses from the past. The Book -- PAR FOR THE CURSE is an interesting one. I had a chance to talk to the author and what an insightful analogy given on her take of curses:

1. Indeed, this is one of the best books I've read thus far in 2009, tell the reading audience your journey to becoming a published author.

Depending upon where you begin it took five years or twenty years. I started writing stories as a teenager but never considered writing as a career. Five years ago I began crafting PAR FOR THE CURSE.  Managing my career as a sales & marketing executive while writing in my spare time proved difficult but not impossible.  Last summer, after several complete revisions,  the final manuscript was ready. I began searching for agents to no avail. That's when I chose the small press route. And the rest, as they say, is history.

2. Why all the recent interest in generational curses...Is it something African-Americans should be overly conscious of?

Absolutely!  It's something everyone should be conscious of, but especially African-Americans.  A lot has changed for us in the last forty-plus years, but not everyone has been included in that change. While some African-Americans are getting educations, starting businesses, and running the free world, others are still caught in the same rut as their parents and grandparents. Some projects have three generations of family living in the same building.  Divorce, single motherhood, absentee fatherhood, poverty, violence, and substance abuse are all things that are often passed through generations of African-American families.  Until the very fabric of the community is healed from these curses, the race, as a whole, cannot truly move forward in it's stature.  When African-Americans have a cultural reputation similar to the wealth of the Jews or the entrepreneurship of the Asians, then we will have moved collectively.

3. What makes your story unique and different than any other situation relative to the subject?

Well, I don't know of many stories written about generational curses. That's why I chose to address the topic. However, the particular curse in the story, unfulfilled love, has been written about many times. In most of these cases, the character struggles with relationships, finds their true love, and the couple live happily ever after. Par for the Curse is not about love. Nor is it about living happily ever after. It's about our attitudes toward love. The goal of the story is not for these women to find Mr. Right. It's for them to discover who they really are in word and deed. It's about them getting it right.

4. What if any, are the benefits and banes of curses...are they real or figments of imaginations?

I believe curses are real. The division we have as a people is a curse from slavery. There is no question. Curses have been spoken since biblical times.  However, there is great debate over where curses originate. Can someone put a curse on someone else?  If you believe they can, they can.   There are no benefits to a curse. If you have inherited something beneficial....it's a blessing.

5. How would you summarize the path to overcoming generational or any other type of curse?

One word. JESUS!  Generational Curses are patterns of learned behavior that need to be unlearned, often times without an example. You can find that example in Christ. Breaking that pattern is not an easy thing to do.  The first step, like anything else, is to acknowledge and recognize that there is a generational curse on your family.  It's not enough to simply stop a behavior. You need to also proactively start a positive behavior in the opposite direction.  As for the other type of curses, your faith is even more important.  Those curses come from darkness. The only way to rid something or someone of darkness is to shine light.

6. Do you believe in curses yourself, and why did you feel the need to write this book?

I strongly believe in generational curses - negative patterns of behavior that continue to regenerate themselves in a bloodline.  So many people are suffering without realizing that they are trapped in a cycle.  People need to realize that they are born with a clean slate. Your mother's mess and your father's drama do not have to dictate how you live your life.  You may even help them in the process.  That's why I wrote the book.   My mother had some mess. My father stays with drama.  I put down their baggage and dealt with my own stuff.  Now, my mom is like a new person too. This whole process has been a blessing.

7. What advice would you give he/she finding themselves real or imagined, coming into  a cursed situation or relationship?

First, be real with yourself.  See the situation for what it is and not what you want it to be. If it's abuse, call it abuse.  If it's poverty, call it out quickly.  The second thing a person needs to do is arm himself/herself with information. Figure out what's going on and what the best way is to stop it.  If you find yourself abusing drugs just like your parent, you need information to help you out of that.  Get the knowledge on how to be better.  Lastly, get someone to go through it with you - someone who doesn't suffer with the same issue.  You are not looking for camaraderie. You need to seek strength.

Interestingly enough, before entering the promised land Moses warned  the Israelites about a new generation that was preparing a new life, and that they would have to repent and deal with their own personal sins that were their fathers'. Isn't it so today that we should not be held accountable for our father's sins until we repent ourselves and stop curses before they become par for our course?

Alvin, thank you so much for being apart of the tour. You are an absolute joy! Thanks for the opportunity. Miracles & Blessings!!!

Par for my course in writing this piece allowed me to echo the sentiments of the author who portrayed both subliminal verve and a vociferous voice to bring to the forefront the need to understand curses, hoodoo and a little bit of voodoo to the AA conscience.

I say to Ms Toyi Ward, continue doing what you do best, and most importantly give us more of your literary elan -- we're looking forward to it!

Thank you, Alvin! Awesome questions and responses. I enjoyed the interview.

This doctrine is a misunderstanding of the scripture.

The Exodus passage about generational curses speaks of God punishing future generations for the sins of the fathers. Other verses qualify this though, that you are only punished for the generational sins if you continue in the same pattern. If you don't continue in the pattern, you don't inherit the curse. So, to begin, you shouldn't be worried about sins of the past if you are not continuing in the same sins.

Furthermore, the curse involved punishment for sin, with the hope of turning someone from sin. Today's notion of generational curses revolve around demon strongholds that keep people bound to sinful behavior. Ask yourself why God would curse children with a demon that keeps them bound to the same sin God is trying to divert them from.

Most importantly, Jesus became a curse to break every curse over us. In Christ, we are no longer known according to the flesh. Any fleshly ties with our ancestors are broken. They only thing we inherit now is the blessings from our heavenly father.

I think you are deceived if you think the sins of an earthly father can have any control over a born again believer.