A Moment with the Author 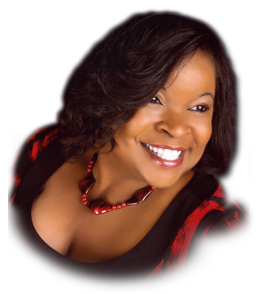 The title of the sophomoric novel by Lorraine Elzia, `Ask Nicely and I Might' albeit catchy, but could have also been given an alternative appellation and it wouldn't have detracted from the excitement of a well-penned effort. `To Catch A Killer' would have been my choice, but there's more to this book than the title. First and foremost, any book written as noir extracting the exact amount of intrigue for mystery, murder, mayhem, that does wonders for a script, should be definitive of good character development among other dramatic fortitude. This one doesn't disappoint. To wit: the reading public is introduced to the antagonist, Jade, who after years of abuse from her alcoholic husband Carl, implements an ingenious plan to take herself out of misery. Yes, she murders him in a matter-of-fact way, thus defining methodology that permeates throughout the book. Reaching the limit and vowing not to be abuse any more, a murderer is born embarking on a path of whimsical destruction on men she encounters who take her body for granted.


In an unusual twist, Ms Elzia writes the antagonist as the catalyst, weaving the story around her antics and psychotic mindset allowing her sister Alex as the `trailer' giving contrast. Back to Jade for a moment. The book unfolds with her center stage portrayed as a subservient wife, but with a fragile demeanor that grew stronger and bolder with each excuse to inflict pain to each unsuspecting soul. The protagonist, a detective searching for answer herself for the father that was missing in her life, and the unexpected revelation that her sister is a murderer. Her aggressive deportment gives the storyline great contrast to Jade's trail of blood. The story is so compelling that the only secondary character, Dr. Morris, a psychoanalyst is almost inconsequential, but manages to add semblances of importance.
I like this book for many reasons, and rated it 5 of 5 stars. Seldom do you find authors of color writing murder mysteries with desires to write across the board without being stereotyped in status quo literary renderings. Lorraine Elzia manages to push the envelope creating a compelling book, with enough drama to hold her own. I especially liked too, how she played each sister off of each other for the denouement to leave much to the imagination for perhaps a sequel. Energetic with page-turning anticipation, Ask Nicely and I Might, without regret will have readers spellbound! The Jade character jumps out at you and you KNOW that there should be continuity to her story. The book resonates and vacillate from chapter to alternating chapter with Jade, Alex and Dr. Morris having their say. This is a great book, and if you want suspense and thrilling episodes I recommend you buy it where books are sold. Lorraine Elzia is poised to join the ranks of superlative written acumen if she continues to write books of this nature. I, like many others are destined to want our appetites whetted with more of this type of writing!
Posted by Alvin C. Romer at 4:26 PM

Inspired by this interview. Thank you Al.